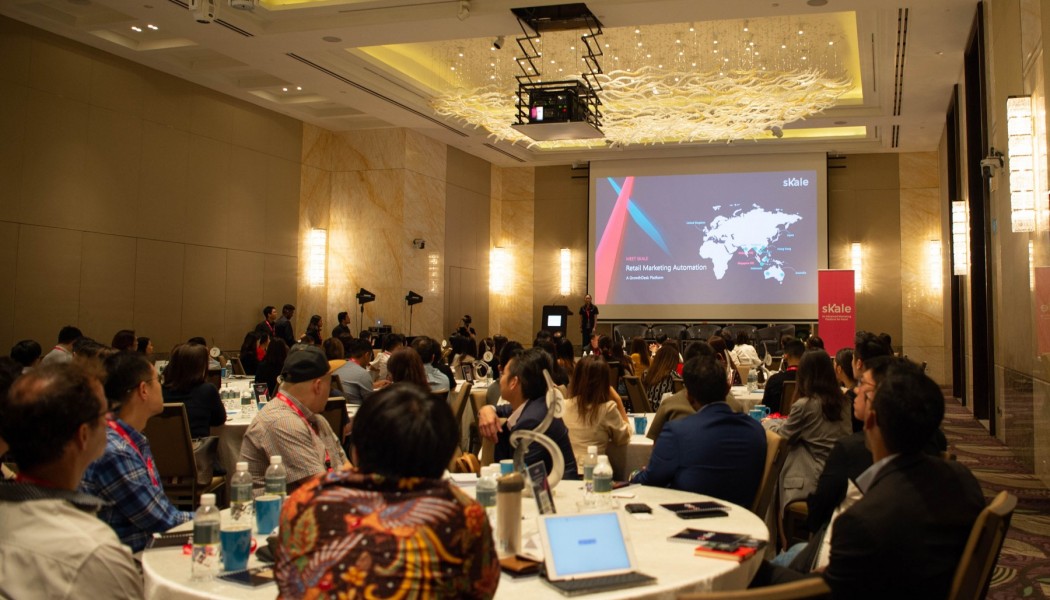 Share
While eCommerce has received much limelight of recent years and is projected to reach US$3.5 trillion this year, offline retail remains 8x larger and digital transformation has been quietly at play over the past 5 years. The Scaling Offline Retail: Beyond 2020 conference was held on November 29, 2019 at The Westin Singapore. This by-invitation industry event was organized by SKALE, a retail marketing technology company with offices in Singapore and Malaysia. A full capacity crowd of over 100 CEOs, founders and management of top regional retail brands and shopping malls discussed key challenges and success stories at the conference. 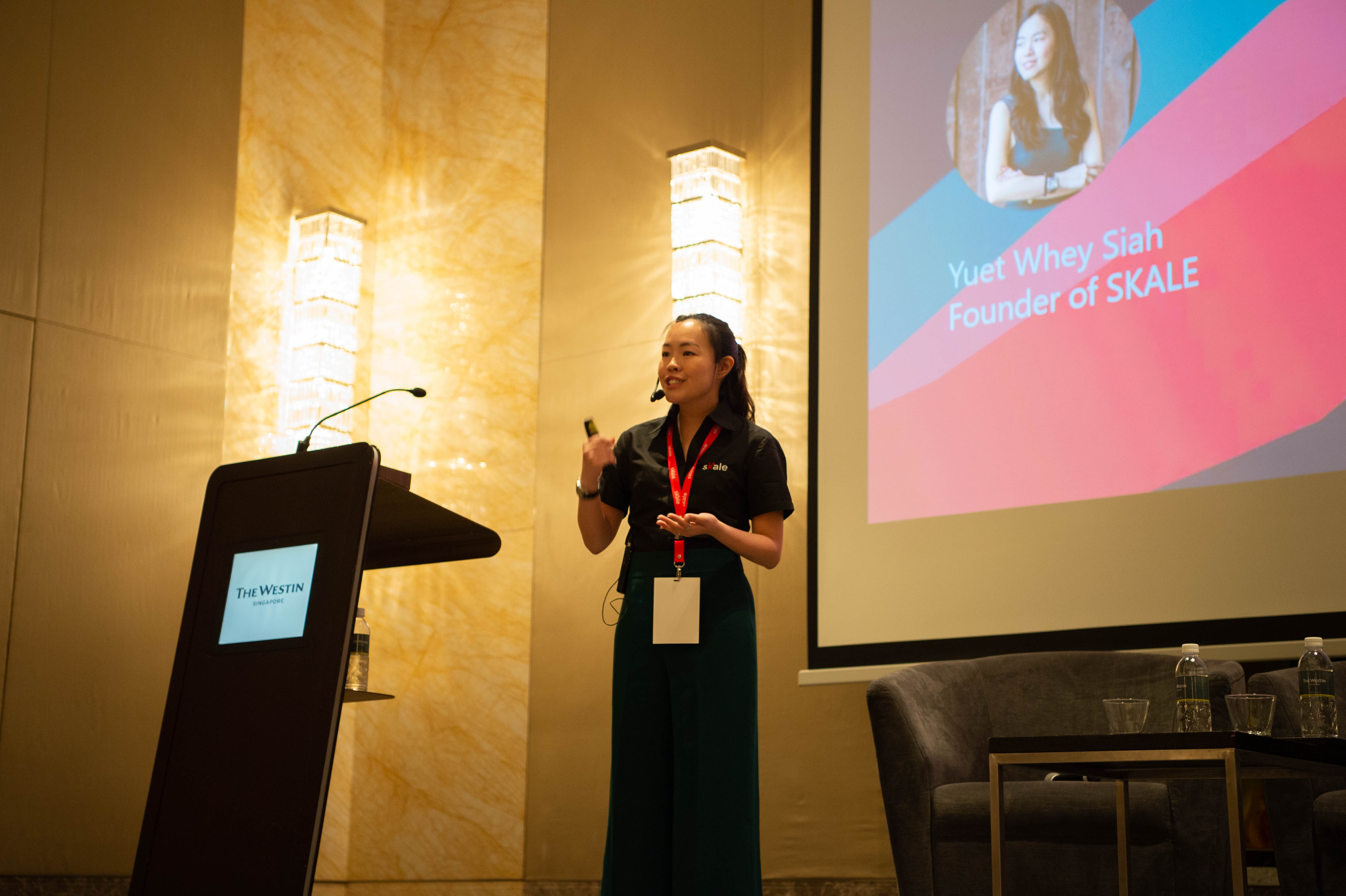 Kickstarting the event was founder of SKALE, Yuet Whey Siah, who shared with us four real-life examples of businesses who transformed their brick and mortar store, amidst different operational pain-points, to create customer experiences that successfully drove sales uplift. One example was a brand in Singapore that automated offline re-engagement with non-converting customers using low cost channels such as email and SMS to ultimately convert a majority of the initial non-converters. Another case study showed how a grocery store used simple shortlinks and QR codes to engage shoppers at the point of decision – when they were by the shelves and deciding between products. With virtually zero capital expenditure or new infrastructure, the grocery store was able to capture customers’ contact details, buying intent and ultimately uplift basket size and margins. Not only were they able to drive same-store-earnings-growth, they were able to build up a low-cost direct communication channel with new and existing customers.

Data is King, Is this true for retail?

The majority of retailers in Asia are already collecting some form of customer data, primarily making use of this data for periodic customer analysis. A live poll of conference attendees indicated that only 30% used data to personalize customer engagement; while 63% said that data-driven personalization was difficult to execute but “mission-critical”. While many retailers are already capturing customer data, there is still much room to better utilize data for sales conversion, without having to first incur significant technology or capital investments that may be difficult to justify. Overall, the automation of customer engagement, particularly in the offline retail space, was a key gap. 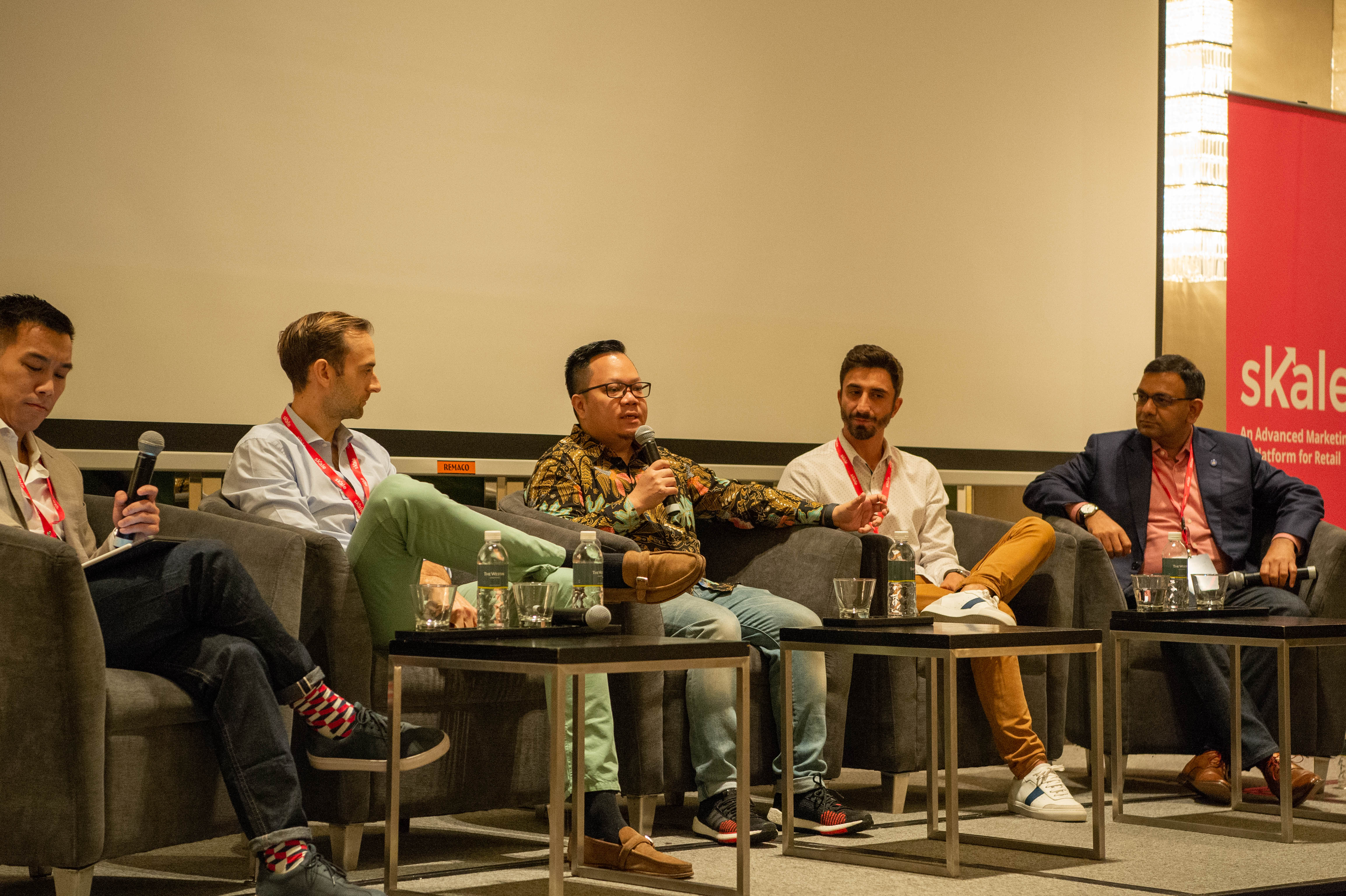 Stefanus Ade of Creador Capital Group shared about how consumers know what they want and are still in favour of human interaction. For example, brands are now leveraging their in-store sales personnel to chat with actual customers online during non-peak hours. This allowed brands to actively engage customers and build recurring shop visits and loyalty without having to hire additional staff. This perspective was supported by Ronan Hurley, formerly from Sephora SEA. According to Hurley, at some point the industry may see a tilt back to traditional retail because “we are glued to our phones eight hours a day but fundamentally, humans want to interact with others.” Hurley added that for retailers, “It’s about how you use personalization and technology to get to that point faster”. Jason Moy of the Boston Consulting Group commented that retailers needed to enable front-line staff to capture and create personalization when a consumer walks into the store. 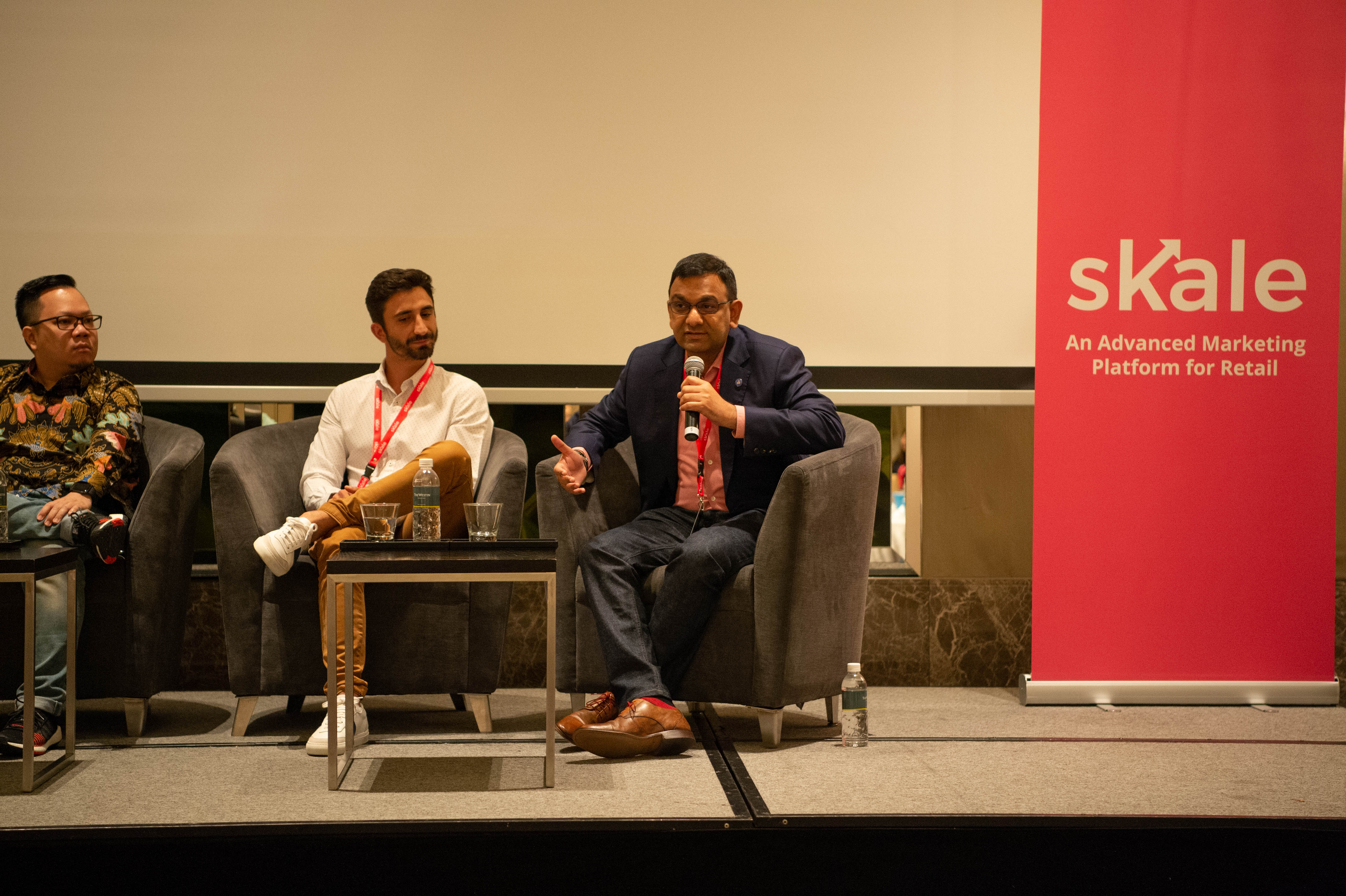 Rahul Gupta of Facebook also elaborated how tools have been developed to allow for enhanced communication between consumers and online retailers. According to Gupta, “Technology in Southeast Asia has become an enabler for increased touchpoints between consumers and retail businesses. Conversational commerce is filling the gap where a consumer can interact with a business directly because consumers want to have visibility when purchasing a product online as well as the source of the product.” Arthur Chemin of Google shared that the store was fundamental – people needed a physical experience. Chemin gave an example where a shopper drops by at H&M over lunch but did not want to bring the item back with her to a meeting. She could open an App, scan the product QR code and request for it to be delivered to her the next day. This was an example of when the lines between online and offline could become increasingly blurred. Ronan Hurley, former Chief Operating Officer of Sephora SEA, later shared his insights with conference attendees in a 1-to-1 interview on the relevance and tangible benefits of Technology for Retail. Topics included validating and selecting technology vendors, applying technology to offline consumers and driving differentiated consumer experiences. 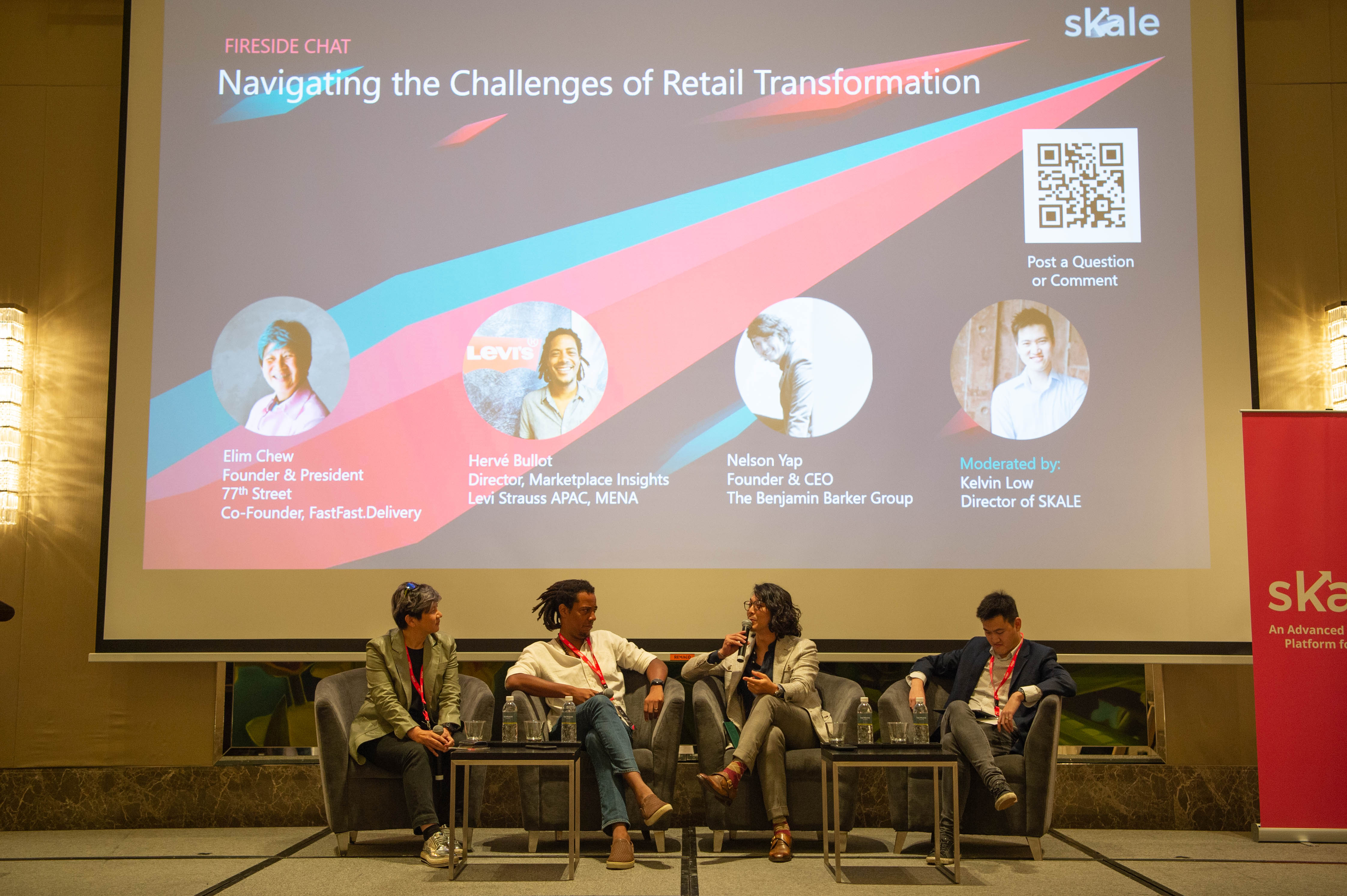 The final Fireside Chat of the day, titled Navigating The Challenges of Retail Transformation saw a panel discussion by Elim Chew, Founder & President of 77th Street, Hervé Bullot, Director, Marketplace Insights (APAC, MENA) of Levi Strauss & Co and Nelson Yap, Founder & CEO The Benjamin Barker Group. Through this retail conference, we saw the exploration of several key themes, the focal theme being the new set of challenges both small and large retailers have to face with digitization, and the actionable steps one can incorporate within existing operations to unlock footfall and sales uplift. 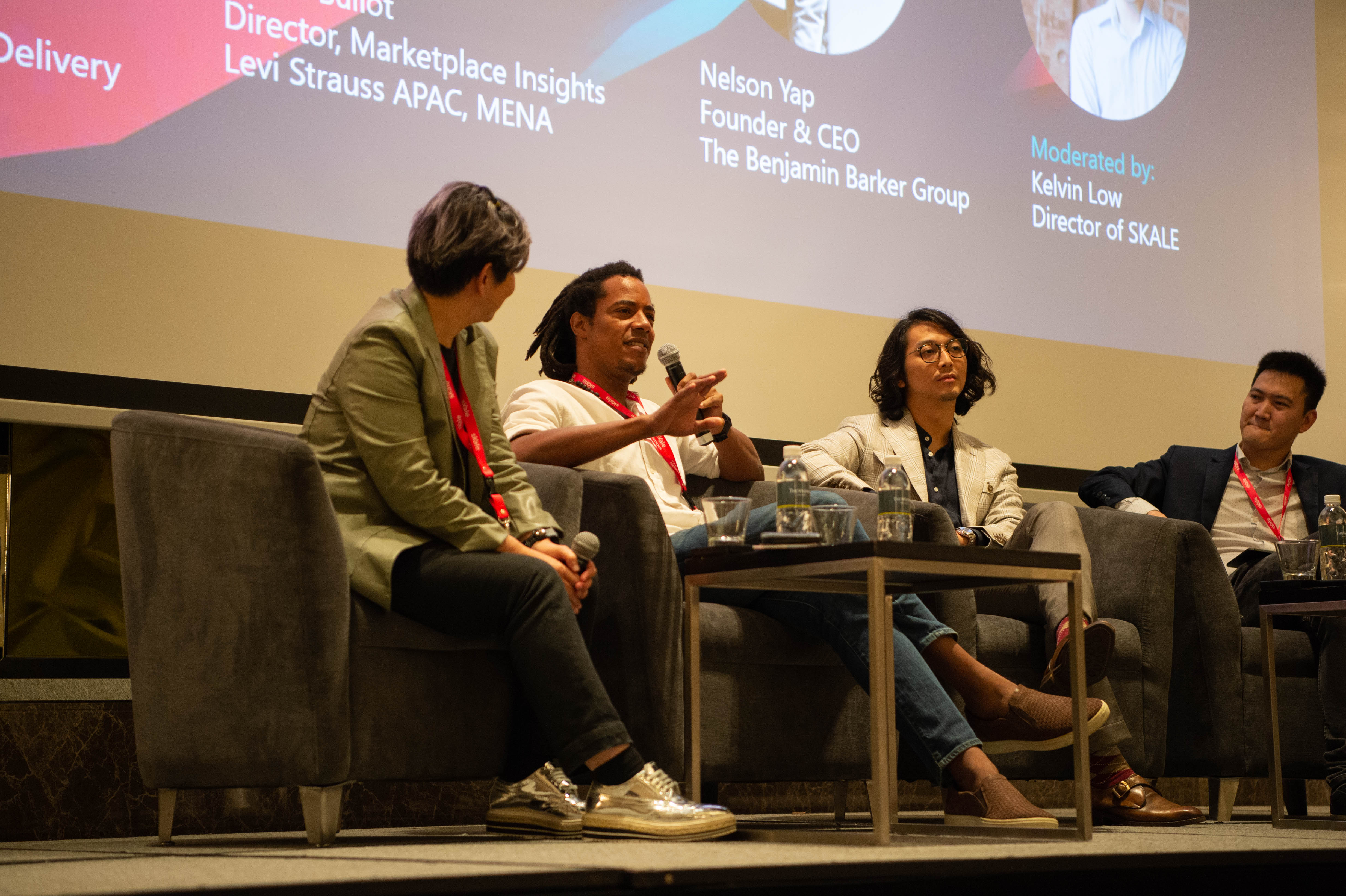 Second from left; Herve Bullot from Levi’s Strauss and Co.

Hervé Bullot of Levi Strauss & Co. commented that before retailers decided on a space to rent, it would be good to gain access to data that malls were already in possession of, such as data on demographics and catchment. He recognized however, that there is an existing gap in the relationship between retailers and malls and that more can be done to forge closer collaboration. 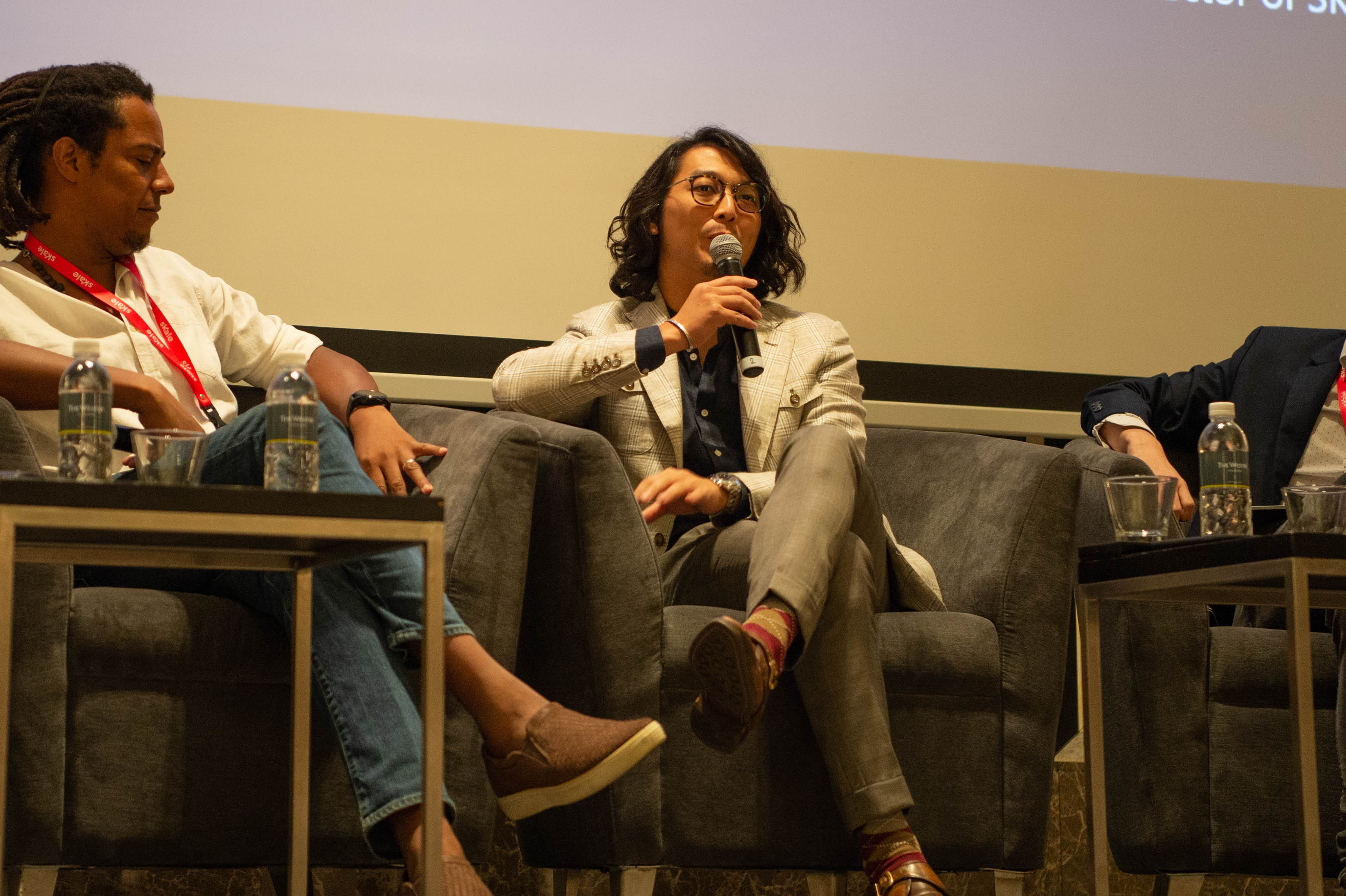 Nelson Yap of The Benjamin Barker Group echoed this view, saying that retailers were keen and more than willing to work closely with malls including data sharing as long as there was scope for mutual benefit. According to Yap, “There is a need for an ongoing relationship between mall management and tenants, as tenants too would like to know how we are doing in the context of the malls.” Yap noted that this would invoke confidence among SME retailers and strengthen tenant-landlord relationships. 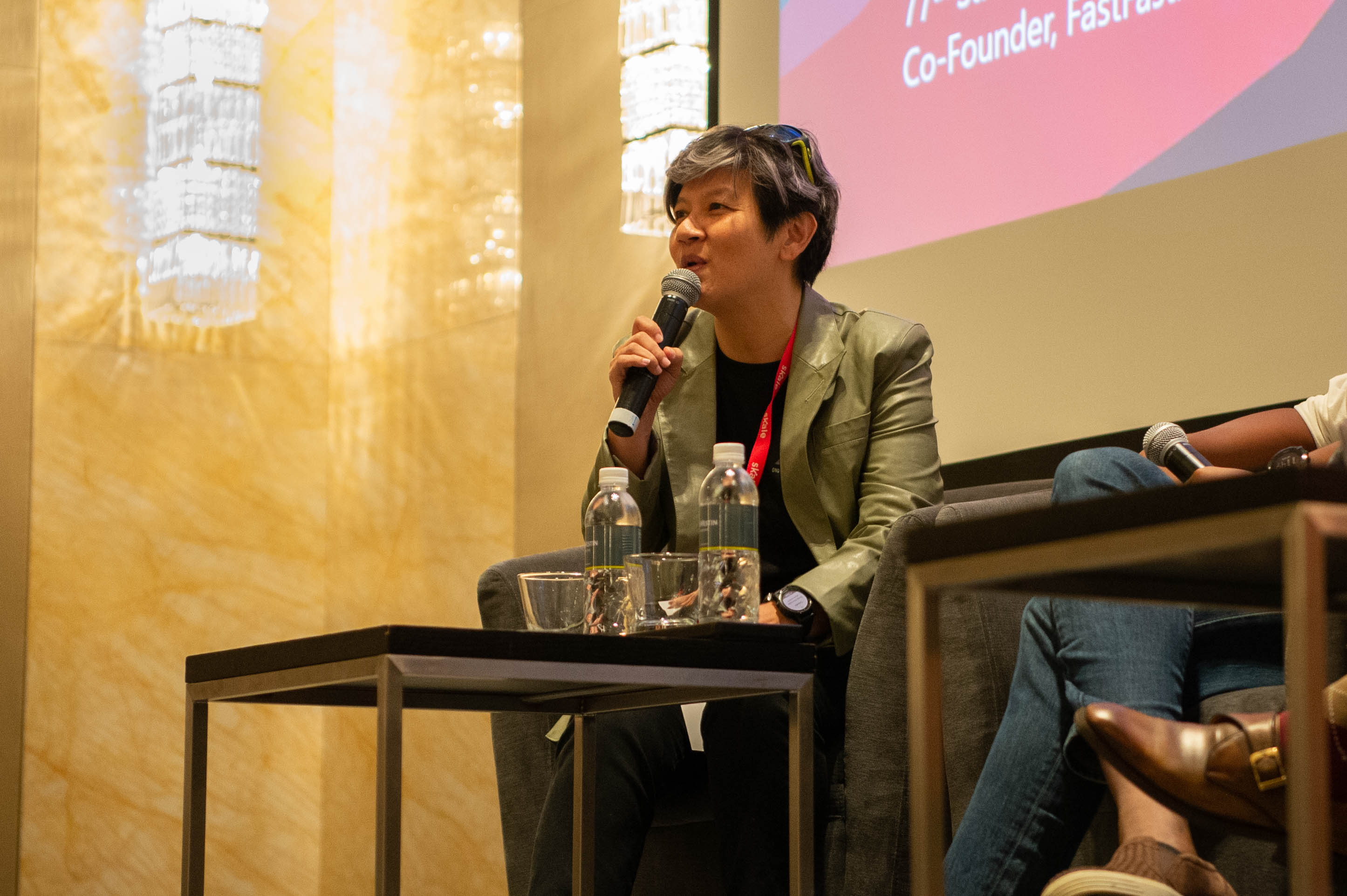 Elim Chew of 77th Street, whose family today owns a range of F&B brands agreed that tenants such as herself are more than happy to collaborate with malls to work together and achieve profitability all around. “It’s a win-win situation,” she said. Emphasizing the evolving nature of landlord-tenant relationships, the fireside chat concluded with examples of how malls are today already starting to see themselves as more than a provider of space – they are also a provider of experiences and capabilities.

The retail industry is in the midst of a massive shift and many of Asia’s retailers have taken on different paths towards transforming their offline retail operations. By being laser focused on their intended strategy, companies can undertake targeted initiatives to drive specific consumer behaviour in-store and, in the process, collect actionable data. Layering that with technology for automation, and closer collaboration among malls, brands and retailers are imperatives for successful retail transformation. Despite the broader sentiments on physical brick-and-mortar retail, many retailers were left hopeful with some commenting that “Retail is not dead…it is just evolving.”